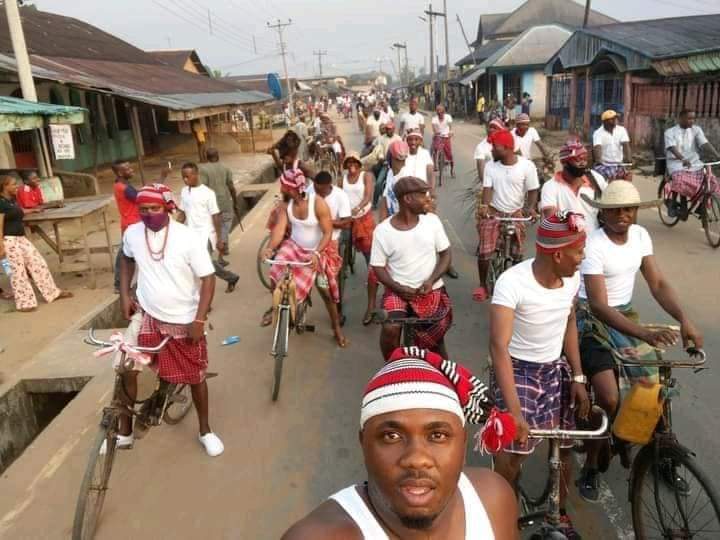 It is almost impossible to attend a Yoruba traditional marriage or any traditional Yoruba ceremony and see the celebrants wearing non-Yoruba clothes. The same thing happens among the Hausas or Fulanis or Kanuris or Tivs or Urbobos or Edos or Efiks or Ijaws.

But it is not unusual to see Igbo celebrants proudly wearing Yoruba clothes or Benin clothes or Hausa clothes at a traditional Igbo event.

In universities in the East, Igbos who live in Lagos or the North proudly chat with one another in Yoruba or Hausa to show other Igbos that they are well travelled and “foreign,” while those who speak Igbo are “local.”

The Civi War dealt a terrible blow on the Igbo psyche. For fear of being seen as “Igbotic,” Igbos try too much to prove to other Nigerians that they are not “clannish” or “tribalistic.”

Thankfully, a new generation that is culturally conscious is coming up and resisting that.