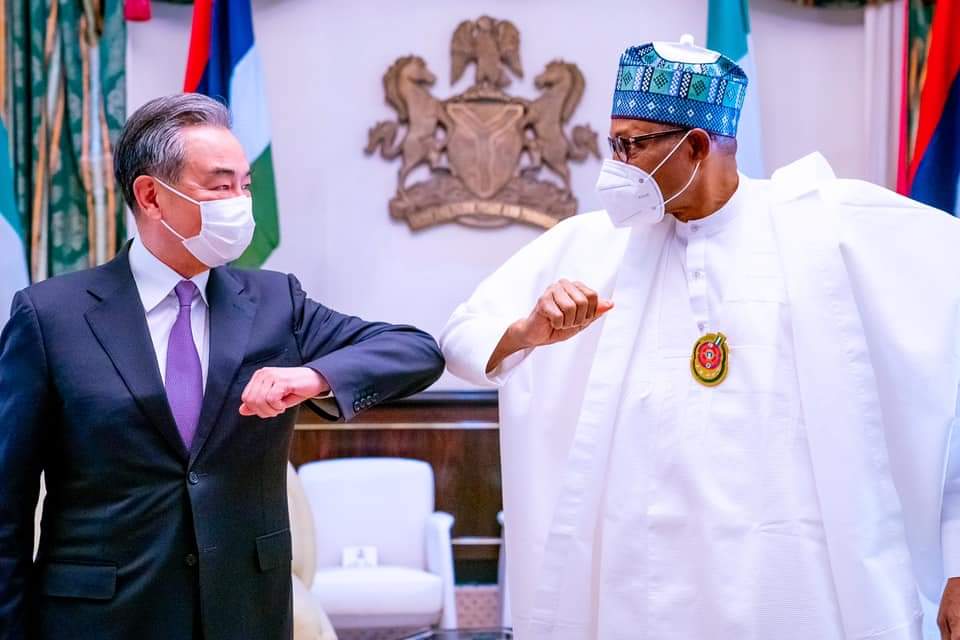 Lately, the Chinese impact in the country had been of notice. Known to have invested billions of dollars in the country , such a huge fund had been deployed in many areas where the country has infrastructural deficit. Having known the mutual relationship that has existed between Nigeria and China, the president of Nigeria , Muhammad Buhari recently hosted the Chinese diplomats in state house to appreciate their efforts in leap frigging the nation’s infrastructure.

Speaking via his Facebook, Buhari was thankful and appreciative of the kind gestures of the Asian giant. In his words he said ” I received Mr Wang Yi, State Councillor and Foreign Minister of the People’s Republic of China. Nigeria is grateful to China for its support to us in infrastructure, defence, and others. China is helping us to reduce our severe infrastructural deficit, and we are glad.”

He continued “Indeed there cannot be sustainable development without infrastructural development. Nigeria will continue to honour all its obligations in the relationship with the People’s Republic of China.”

Over the years within the five year period , Nigeria has benefitted from Chinese magnamity in the area of funding. Though this has come with all sorts of criticisms and eyebrows have been raised lately.

According to Bookings.Edu an online research, it puts it this way” Nigeria is one of China’s largest investment partners on the continent; five of the $60 billion pledged at the 2015 FOCAC summit were dedicated to Nigeria. In recent years, Nigeria has received relatively large funds from China for railways.”

Though, the United States has criticised this relationship with Africa as a debt trap. In 2018, the White House criticised Chinese engagement in Africa, claiming that China was using bribes, opaque agreements, and debt to hold states in Africa captive to its interests.