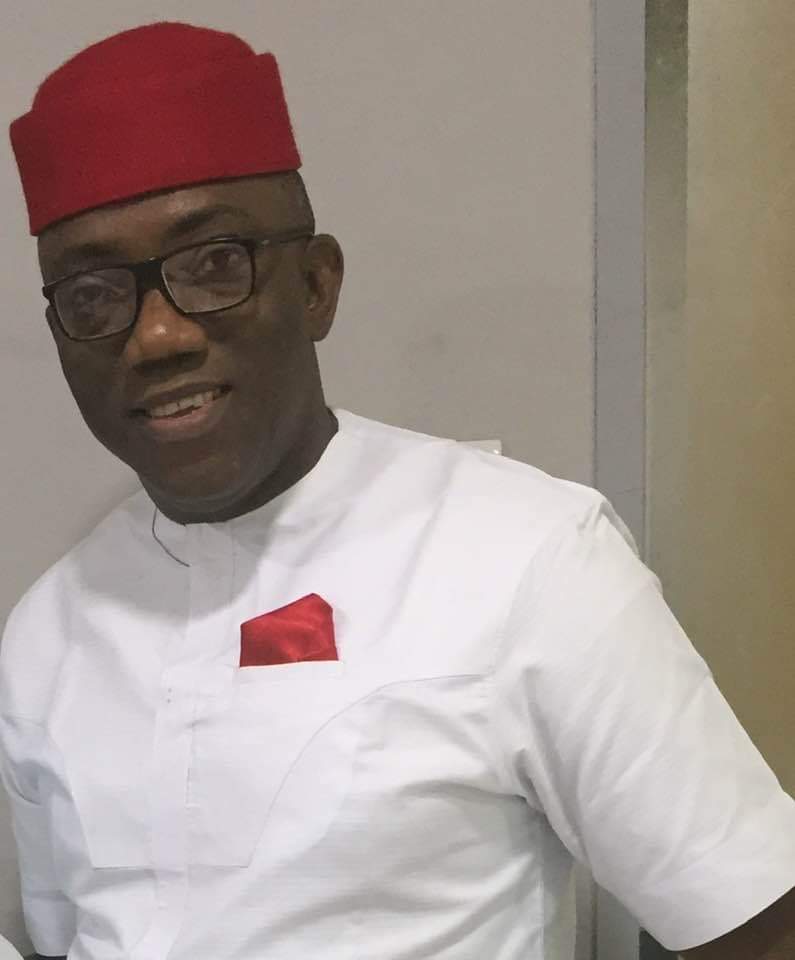 When Ọfọefuo, the first son of a popular family in my village was making an arrangement to migrate to Canada with his new wife, I knew that he was not taking th7e right decision. With a good job in Nigeria and a promise of rising to the top of his career, giving up all for a life abroad was difficult for me to comprehend. For him, it was like going to heaven.

All my entreties to dissuade my friend from settling down in Canada was like preaching to a cock which had already mounted a hen. Ọfọefuo had made up his mind; hence, any contrary advice was like Peter’s persuasion to Jesus not to go Jerusalem.

Ironically, Ọfọefuo’s parents were in support of their son’s migration to Canada. They saw it as status symbol. Ichie Ụkwachinaka and his wife hoped to be visiting Ọfọefuo their son in Canada once he settled down. They tagged me an “enemy of progress” when their son told them about my discouraging advice.

Ọfọefuo’s parents believed that I was envious of their son. They belabouredly accepted my greetings for many years until the goods they had ordered in their son’s relocation abroad started arriving.

Mr. Ọfọefuo was neither going to Canada to further his education nor for economic hibernation. He was not also migrating to improve his parents’ or siblings’ lots but to become a citizen. His parents were wealthy and never made any monetary demands on him.

Ọfọefuo wanted to correct the divine mistake of placing him in Africa. Right in our university days, he had started speaking English with American accent. “What a fuck!” or “damn it!” were his favourite expressions.

My friend was not planning to come back to Nigeria. That much he confided in me. He found an ally in his completely bleached wife who was “already warming herself by the fire before the harmattan broke out” meaning that “she too was in hurry to dump all that is African and become a white”. Within a year of arrival in Toronto Canada, Mr. Ọfọefuo changed his name to Mr. Forte for ease of pronunciation by his hosts. Twenty-five years down the line, my friend, Ọfọefuo together with his children, is still in Canada. All his children were born and raised in Canada and they have never visited Nigeria.

Like a bottled madness, Canada has brought out the latent individualist tendency in Ọfọefuo now known as Mr. Forte. He minds his business and never allows his extended family issues bother him. His parents could no longer visit him after the first visit as Mr. Forte’s wife would not approve another “fucking” visit. Ọfọefuo’s parents were lucky that they had other children who took care of them at old age and also buried them when they died few years ago. Mr. Forte did not attend their funeral. He claimed that the dates were not convenient. That was a first son of a notable family.

This is not the case for many Nigerian families abroad but there are so many families who shouldn’t have been allowed to travel abroad at the first instance. This malady is predominant amongst many African rich and middle class families. They do it as status symbol with no knowledge of the remote and proximate impact of their decisions. Our people now export their children to the western world for better education and what they deem better opportunities but end up depleting the very human resources that could transform their communities.

That process that makes a family lose its identity, especially the language and basic culture, is anihilistic. It makes a people strangers to their own people. It is no joking matter.

If Azikiwe, Awolowo, Akanu Ibiam and Herbert Macaulay stayed back abroad with their families after their education, perhaps Nigeria would not have become an independent country. I think the better approach is to go abroad, learn what makes the western world thick, return home to make our own world a better place. That has been the Nnewi man’s approach.

If you are planning to migrate or settle abroad with your family, just know that your civilized or westernized children might not follow you back to the Nigeria, they are told in school is a jungle or a “shit hole”. You can only return with the children if you do proper planning and debriefing. You might be lucky if your children have missionary spirit. Abound all over the western world are many blacks of Nigerian descent who were told where their grandparents came from. Only few have been bold enough to trace their roots back in Nigeria.

If you are caught in this web and you have started feeling remorseful of your porting action, you could start with sending your kids to do secondary education here in Nigeria. A lot of missionary and private schools have identified this need and have expertise to handle and debrief such kids.

When they come back, they make lifelong friends besides the young in their immediate family who would be a very strong reason for them to come back to Nigeria. Many lost kids including those of my cousins have been redeemed through this method.

Always remember that Jim Ovia, the owner of Zenith Bank schooled in America and returned ; Aliko Dangote, the richest African schooled in Egypt and returned, Segun Agbaje, the MD of Guaranty Trust Bank, schooled in the UK and returned. These guys are far better than many of their contemporaries that opted for better life abroad.

The real opportunity cost of better life abroad is very expensive. It is a choice with a lot of personal benefits that would start losing value or taste many years after.

A TOWN WHERE HABITUAL BEGGING IS A SACRILEGE

REVAMP YOUR SECURITY ARCHITECTURE AHEAD OF THE YULETIDE – IGP ORDERS AIGs, CPs.

Automation, Next Stage of Service Delivery in Public Sector – Danbatta