Home Opinions EDO ELECTIONS: ARE WE ACTUALLY GETTING IT RIGHT? ARE WE LOOKING AT... 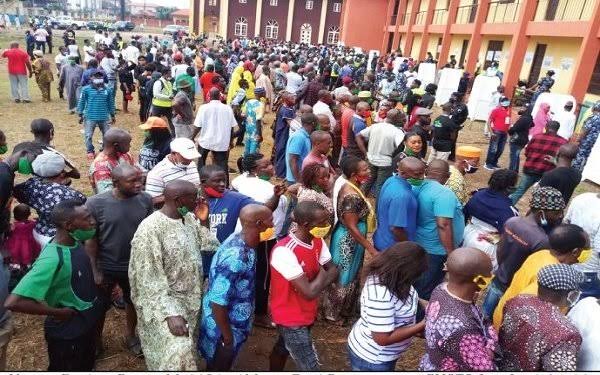 Can’t we do this in the technology form? One thing we have refused to do is tryout new things and evolve. I look at the Edo elections and ask myself why the showmanship? Why has Benin become a pilgrimage? Why are the big players from the NEWS (North, East, West and South ) there? Why can’t we use technology? Countries all-over the world are thinking on the best way to have a clear and transparent elections becomes imminent for them and e-voting is the way to go!

Edo Elections should have been a case study or a reference point how indigenous technology can be deployed. Having lived in Benin City (Upper Siluko) for years, I can say that a lot of Edo folks are disenfranchised! Edo indigenous population are highly itinerant in nature. They are in all parts of thee globe and as we have this election, trust me about 30% – 35% of adults that can decide on who rules and leads are out! This shouldn’t be so and I know that… Also I have many Edo friends that are techies and have built world-class solutions in the area of ICT and what is my take ?

INEC should as a matter of priority work with the IT folks and develop resilient election platforms. These platforms would be in forms of USSD technology and online technology that is highly encrypted that must have passed through lots of penetration and vulnerabilities testing. If you are into it you will understand these terms.

The platform would register voters , embedded with AI (artificial intelligence ) and machine learning, the platform can identify double boring ann’s nullifies one, get results in real time with front end data and analytics. The platform as a matter of fact should be mobile friendly and compatible with any OS! Online or syncs online which can be integrated with a USSD technology for those that don’t have smart phones but feature phones . It is a simple technology. We can host it here in Nigeria , we have tons of Data centres that are tier III and have backup and disaster recovery in the cloud. We can use azure, Microsoft or anyone. But for the sake of latency and data sovereignty we have to host local.

What are the benefits, it is cheaper, this solution wouldn’t coast upto even half a billion, it saves the much scarce resources that would be used to build other infrastructure. It makes the apolitical and those averse to voting due to the gragraism and violent nature associated with our brand of election vote. People can vote from their homes and monitor the elections via online frontend analytics. Those in Diaspora can vote and elections trends can be studied. With this information we can know places that voted, how they voted and their methods of voting. Age, sex and even occupation can be deducted via the analytics. In Edo states hundreds of security personnel be it police, military etc are being drafted to ensure that there is peace and safety during and after election. With ICT deploy in our electoral system we can have these set of people drafted elsewhere.

What we need is more of touchscreen monitor in electoral booths not ballots. E voting is totally possible once the system is encrypted and secured. People can come to election booth and vote via the touchscreen and have their votes printed.

Is it possible? Yes! What we have to do is to engage the software developers and ICT folks in the country.

With the online voting, Nigerians any part of the world would vote. As countries are thinking seriously on how to curb cost and resduce operational expenditures (OpEx) the need to start tinkering on technology becomes imperative. As we tilt seriously to the 2023 election, now the political gladiators and spectators are bracing up, the need to deploy technology must be in the minds of the umpire who is INEC!

Book on Danbatta’s Speeches, Two Other Strategic Projects for Unveiling