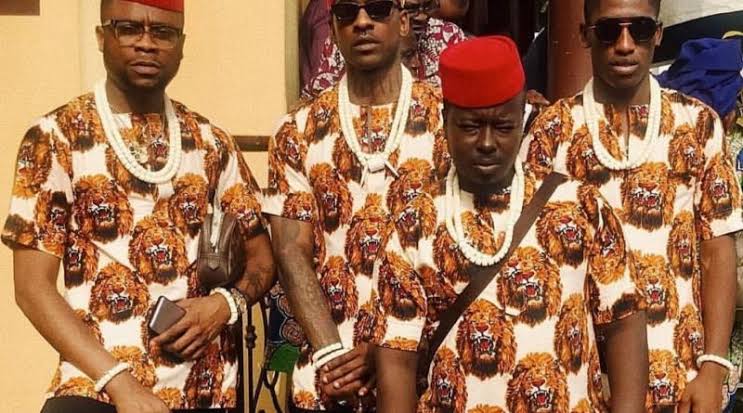 “Some weeks back, I made a rebuttal about the erroneous and mischievous rants of some of my (our) misinformed NigerDelta brothers. First and foremost let me tell you all a little story for the avoidance of doubt, I’m from the Agbo ethnic group in Cross River State, we are located in Abi Local Government Area which is a coastal settlement and unarguably the smallest LGA in Cross River State in terms of landmass and to a large extent population slightly a few thousands ahead of Bakassi LGA. My fore bearers both on my maternal and paternal side were given the opportunity to serve in then Eastern Nigeria regional government, My grand uncle Dr. S E Imoke of blessed memory was an all influential cabinet minister in the regime of M I Okpara he held the Trade portfolio and was also Finance minister at a time until the unfortunate incident of January 1966 he was the longest serving Education minister his son the urbane Liyel Imoke is the immediate past Governor of our state “Cross River”,during the outbreak of the War he was the Biafran Commissioner for Refugees and Humanitarian affairs.

Aside SE one of my maternal uncles also served as Permanent Secretary in the ministry of health at Enugu, My maternal grand father was also a frontline member of the Eastern Nigeria regional house of Chiefs alongside other minority chiefs like Chief Offem of Ugep,Ndoma-Egba of Ikom amongst others,the Chairman of the very powerful and influential House of Chiefs was Chief Nyong Essien, OBE an Ibibio High chief of a not so prominent chiefdom “not the Obi of Onitsha nor the Igwe of any other powerful Igbo city”.

Outside my family circles, another great Cross Riverian MT Mbu was nominated a Federal Minister of Transport and Navy by the Igbo controlled NCNC,it’s on record that Mbu was Nigeria’s first Ambassador to the UK, UN, and US he is from Boki in Cross River state, Boki is another minority ethnic group just like my native Agboland, the Igbo’s gave him the opportunity to excel ahead of their own worthy sons at that time, he is the father to Senator. MT Mbu jr, another person who is noteworthy is the late Chief. Michael Eta-Ogon who was the Administrator of the oil rich Port Harcourt province in the first republic he is also from the same Boki with Mbu, Thomas Weir Ikpeme an Efik man from Odukpani in my native Cross River was the longest serving Permanent Secretary in the Eastern Regional Ministry of Education, the key point is that the Igbo’s were comfortable with us “the minorities” that was why they entrusted education solely in our hands, not only education but other critical areas like Public Works and Transport etc. NU Akpan an Ibibio man from Akwa Ibom state was the technocrat behind the eastern regional public service, he was the Secretary to the regional government, Anwana Esin a man from Oron in Akwa Ibom state, Oron is a distinct and small riverine ethnic group was the Eastern Regional Minister of Local government, so also was Ibanga Akpabio ,an Annang man from Ukana in present day Akwa Ibom state was the regional minister of Internal Affairs, the former Governor of Akwa Ibom state Godswill Akpabio is his nephew, they were other high ranking cabinet ministers of minority origin like one of our family good friends, HRH. Amanyanabo EP Okoya,Agada III the Ibenanowei of Ekpetiama in Bayelsa State,Chief. Erekosinma of Rivers and a whole lot of others who are too numerous to mention.During the secessionist struggle, An Ogoni from Rivers state, Chief Ignatius Kogbara was Biafra’s Ambassador to Britain.

My dad’s friend Chief. Lekam Okoi ,from Idomi in present day Yakurr LGA of Cross River state was one of Ojukwu’s trusted drivers, he is today a successful lawyer and a former commissioner in the Federal Character Commission, Capt.Akpet a minority from Cross River was also Ojukwu’s dependable aide on intelligence. Secondly for the avoidance of doubt, aside these political appointments, our people enjoyed immense goodwill from the Igbo dominated region by way of social security, my dad’s immediate elder brother received a scholarship from the regional government that enabled him study for a PhD in soil science,he is the first man “arguably” in Africa to obtain a doctorate in Soil science, I have friends across the Niger Delta whose parents, uncles, aunties and relatives also benefited from the benevolence of the regional government. It is also a known fact that our Niger Delta region received it’s last major facelift in terms of infrastructure when we were under the Eastern region. Till the abolition of the regional system of government the Eastern region was the most united region, they was never a recorded case of ethnic skirmish or BLOOD letting between the Igbo’s and other minority groups,during the pogrom of 1966 we all carried the same cross to “Golgotha”, both Igbo’s and eastern minorities where maimed in their thousands across Northern Nigeria by the blood thirsty HausaFulani/Northern folks without blinking an eye it doesn’t really matter if you were Igbo, Ijaw, Efik or a miniature Agbo person. I never really wanted to bore you with reading this lengthy essay but it’s my moral responsibility to tell the truth at all times, I was thought by my fore bearers never to distort history and to always separate facts from fictions. If we were not marginalized by the Igbo’s during the “analogue” age, how then can the Igbo’s marginalized us in this digital age and time?, the fear, misgivings and misconceptions of Igbo dominance by most of my (our) NigerDelta people who are poor students of history are unconscionable and unfounded, moreover there is no family in our region without Igbo relatives and blood so the cry is a much ado about nothing….“Man must know thyself” and “To thyself be true”. May God help us all.

POLICE PARTNER WAEC TO PROMOTE INTEGRITY IN ITS EXAMINATION PROCESSES

#FixPolitics unveils school of politics, says initiative ‘not about 2023 election’